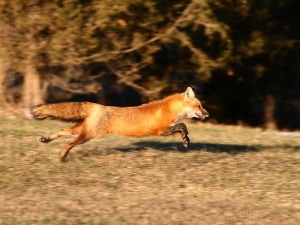 In case you haven’t noticed yet, Firefox Aurora contains some great speed ups when searching from the location bar. For far too long, searches that consisted of a single-word or arithmetic expressions would either result in errors or long delays before a search results page was presented.

This has all changed starting in Firefox Aurora. Take for example, a search for “867-5309”:

Previously when a single word was typed in to the location bar and Enter was pressed (or the Go button clicked), Firefox would look for a website at http://867-5309/. After the lookup timed out, Firefox would redirect to a search for “867-5309“. If the hyphen was removed and “8675309” was entered, Firefox would immediately go to an error page saying that it was unable to connect to the server at 8675309.

Some people may have become accustomed to placing a `?` at the beginning of the location bar to subvert this behavior. With the new Firefox Aurora, this is no longer necessary.

Slow and broken search behavior seen in Firefox 32 and older

Now, in both of these cases Firefox will kick off the search request immediately. In the background, Firefox will look for locally-hosted sites that have a hostname matching the value that was typed in. Most people will see search results on average 5 seconds quicker!

In cases where there is a potential match, Firefox will show a notification bar asking if the locally-hosted site was the intended destination. Clicking “Yes, take me to 8675309” will navigate to the matched site and whitelist it for future.

If you’d like to proactively whitelist a site, you can go to about:config and create a new Boolean pref with the name of `browser.fixup.domainwhitelist.` followed by the single word that you would like whitelisted. Set the pref to true, and the search will be skipped. localhost is already whitelisted.

Firefox continues to gain speed, customizability, and security with each release. This feature will find its way to the Release population with Firefox 33. In the meantime, you can install Firefox Aurora or Firefox Nightly and begin using it today.

There are two minor cases left to fix:

§ 17 Responses to Faster and snappier searches now in Firefox Aurora

You are currently reading Faster and snappier searches now in Firefox Aurora at JAWS.