This week I’m taking over for Dolske as he takes a vacation to view the eclipse. This is issue #13 of the Photon Engineering Newsletter.

This past week the Nightly team has had some fun with the Firefox icon. We’ve seen the following icons grace Nightly builds in the past week: 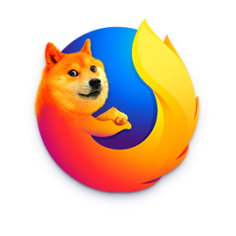 The Report Site Issue button has been moved to the Page Action menu in Nightly and Dev Edition. This button doesn’t ship to users on Beta or Release.

Probably the biggest visual change this week is that we now have spacers in the toolbar. These help to separate the location bar from the other utility buttons, and also keep the location bar relatively centered within the window. We have also replaced the bookmarks menu button with the Library button (it’s the icon that looks like books on a shelf).

We also widened various panels to help fit more text in them.

The Pin to Overflow animation has also been tweaked to not move as far. This will likely be the final adjustment to this animation (seen on the left). The Pocket button has moved to the location bar and the button expands when a page is saved to Pocket (seen on the right).

Preferences has continued to work towards their own visual redesign for Firefox 57. New icons were landed for the various categories within Preferences, and some borders and margins have been adjusted.

The tab label is no longer centered on Mac. This now brings Linux, Mac, and Windows to all have the same visual treatment for tabs.

Changing to Compact density within Customize mode changes the toolbar buttons to now use less horizontal space. The following GIF shows the theme changing from Compact to Normal to Touch densities.

New graphics for the onboarding tour have landed.

Two of the main engineers focusing on Performance were on PTO this past week so we don’t have an update from them.

You are currently reading Photon Engineering Newsletter #13 at JAWS.