As 2010 comes to a close, I wanted to cover how my blog did in 2010. Here’s a monthly chart of the of the views since I have started blogging: 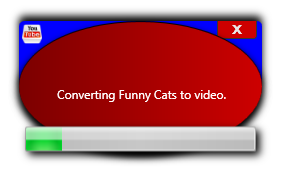 Since the initial launch, the blog has been viewed 10,205 times. I am really happy with the direction of the blog and I encourage everyone to make their own blog as it is a great way to grow as a writer and thinker.

The busiest day of the year was December 26th with 107 views. The most popular post that day was My first public Chrome extension – “Multiple Monitor Full Screen”.

Where did they come from?

The top referring sites in 2010 were stackoverflow.com, en.wordpress.com, youtube.com, netvibes.com, and google.com.

These are the posts and pages that got the most views in 2010.

The Missing Memristor May 2010
2 comments

Using Google Mock outside of Google Test May 2009
7 comments

My post on Unit testing MFC with MSTest has continued to be one of my highest visited posts. I am looking at creating a follow up post with a sample project, as well as another post about what I’m now using for unit tests (hint: it’s not MSTest).

I will be continuing to write blog posts, and I’m going to try to increase the rate of posting for this blog as the rate of visits has been increasing very healthily over the years.

You are currently reading 2010 in review at JAWS.